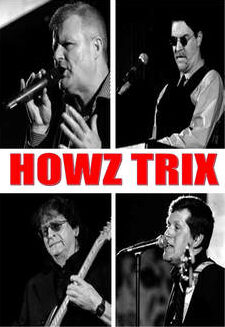 2017 saw the current Howz Trix line up celebrate 30 years together. During that time the band have toured extensively throughout the U.K. and Europe, playing a mix of music stretching from the 1960’s to todays current charts. Equally at home in venues large and small, the band have a reputation for reliability and customer satisfaction.